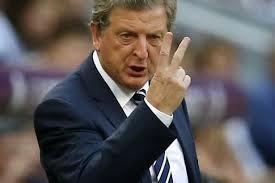 On May 1st 2012, Roy Hodgson was appointed manager of England earning £3.5 million per year - the only international manager to earn more is Fabio Capello.

Capello has won Serie A 7 times, La Liga twice, the Champions League once, UEFA Super Cup once, Italian Super Cup four times - a total of 15 trophies in 24 years of management.

Hodgson has not won a single trophy in the last 26 years and his only successes prior to that were in Sweden.

Hodgson led England to their worst ever FIFA World Cup performance and only ever Group Stage exit in Brazil last summer.
Since then victories against Lithuania, Estonia, Slovenia, San Marino and Switzerland led to Hodgson demanding in March 2015 that his contract be extended until 2018.

In his 3 year tenure there has not been one competitive victory against any team of note.

So, with the application of any common sense whatsoever, Hodgson with his professional underperformances and his apartheid-supporting, folksy racist past should not be manager of the England team.

But there are further reasons why Hodgson should not be given a contract extension and these relate to his entirely inappropriate non-meritocratic biases towards players from Key Sports Management agency in the selection of England representative squads - Hodgson takes a very hands-on approach to junior squad selection.

Roy Hodgson has been the first England manager to give input to player selection at U21 and other junior levels.

In the three years of the Hodgson Template, 25 players from Key Sports have been given their first opportunity to wear the three lions on their shirts or have been brought back into the squad...
... every single Key Sports player who could have been called up for England squads has received that 'honour'.

What Does This Mean For The Integrity Of The Game In England?

1. When players are selected to represent England, their transfer value, future wages and career prospects skyrocket to the benefit of both player and agent.

2. Players at other agencies miss out on national team and career advancement potential due to biases in favour of Key Sports.

3. In the future, talented young players will be attracted to Key Sports due to the very existence of this non-meritocratic fraudulent structure.

4. The England representative teams underperform as players are not selected on merit.

5. Key Sports used to represent Saido Berahino and he was called into England squad by Hodgson for the first time last November. When Berahino left to join Raheem Sterling's agent Aidy Ward, he was immediately omitted from the next (and subsequent) England squads by Hodgson while the Guardian newspaper, whose football section is under the sociopathic control of John Colquhoun, has produced 7 weeks of anti-Raheem Sterling/Aidy Ward diatribe. This is not journalism, it is PR...
... Key Sports should not orchestrate their business via control of a national broadsheet.

6. This holistic is linked to the inappropriate business relationship between John Colquhoun and referee Jon Mosshttp://footballisfixed.blogspot.co.uk/2015/06/mobgate-6.html.
If Middlesbrough are promoted to the Premier League on Monday, not only do the club get that £100 million bonus but the valuation of the 7 'Boro players represented by Key Sports massively inflates too.

But the very key question here is surely this...
...what does Roy Hodgson get out of this?

Whatever it is, the FA should not give this overpaid outsized oaf any contract extension when it is so evident that the selection of players for English representative teams is so linked to the financial bottom line of one particular football agency.

For 15 years, I've been putting thought, effort and resources into the unique Football is Fixed blog  which still remains free (and... 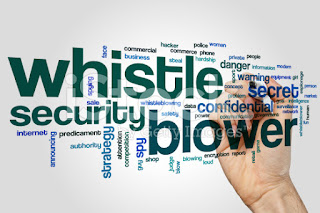