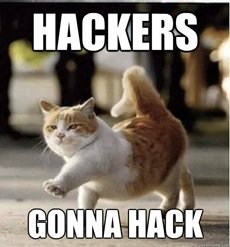 All We Want Is A Fair Suck Of The Sauce Bottle

Sport with associated corruptions has been entirely transformed in Australia since the arrival of the Pommie Bastard Bookies over the last decade.
It is the new English disease.

It makes one mad as a cut snake.

For fuck's sake, the soccer referees over here are no longer called referees but "Entertainment Facilitators".
Where is the allowance for that in the Rules of the Game?

This post examines the systemic corruption and massive insider trading involving English bookmakers in the FA Cup Third Round this weekend while the follow-up post looks at the possibility of video technology being introduced into the competition from next season.

Dobbing The Moolah In The FA Cup

The seven largest pre-match football trades at Betfair this season all occurred on the FA Cup televised games this weekend and all were landed - one trade against Liverpool beating Exeter, one on Man Utd beating Sheffield United and five on Chelsea defeating Scunthorpe.

Taking these games in turn...

Exeter City v Liverpool   Somebody had the foresight to bet over £300K against the Liverpudlians winning.
The boil-over was a winner after Key Sports Management's Adam Bogdan let in the only two Exeter shots on target (one direct from a corner).
The fix was covered up (obviously entirely unintentionally) by co-commentator Danny Murphy who chatted his usual shades of shit and furphy.
Big bet.
No drama.

Man Utd v Sheffield United Andre Marriner was replaced as referee by Jonathan Moss very late on. This was a bizarre decision as Moss had refereed Man Utd v Swansea just last weekend and had overseen 10 Man Utd wins and 1 draw in his other appearances for the Red Devils.
Additionally, we have pointed out highly suspicious betting patterns on historical Manchester United matches officiated by Tubs Moss for example the fake penalty and fake sending off that helped land a £500K bet against Crystal Palace in September 2013 (http://footballisfixed.blogspot.co.uk/2015/10/mobgate.html).
As we entered injury time, Man Utd had only mustered one shot on target which, fortunately for the individual who had placed a £300K position on the Mancs at Betfair, became two after Moss awarded an injury time penalty.
Nigel Atkins (Sheffield United manager): "It's a shame that in the 92nd or 93rd minute that an honest endeavour to put a block in has given the referee an opportunity to award a penalty."
Big bet.
Shonky decision.
Fair dinkum.

Chelsea v Scunthorpe With Craig Pawson and Lee Mason teaming up for a BT Sport insider trading event (http://footballisfixed.blogspot.co.uk/2015/12/bizarre-patterns-indicative-of-systemic.html), five huge bets representing fully 55% of the pre-match book at Betfair just prior to the off were landed by Chelsea's triumph.
Some insiders took the gamble further by selling Chelsea on the Asian Handicaps not to win by more than two goals!
The key decision was Pawson denying Scunthorpe a clear cut penalty after 53 minutes with the score 1-0.
The match outcome was corrupted and was London to a brick. 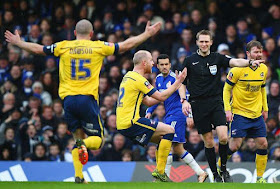 "Which one of you bastards called this bastard a bastard (in the black)?"

In the other two live events, referee Michael Oliver was Wycombe Wanderers' twelfth man giving a very dubious penalty against Villa causing the Brummies manager Remi Garde to comment:  "I am not sure it was really a penalty but that is the game."
'Tis in England, mate.
Volunteers had repaired several hundred seats at  Adams Park during the week leading up to BT Sport's live coverage (no trickledown effect in ScudamoreWorld),

Holy Dooley The Drongo Dills Are Set For The Divvy Van

The systemic corruption being orchestrated and activated in the Premier League this season exported its detritus to the FA Cup.
The Magic of the Cup has become the Tragic of the Murk.

It was bad enough when those close to Sam Allardyce short-sold West Ham United in their 0-5 defeat to Championship Nottingham Forest in season 13/14 (http://footballisfixed.blogspot.co.uk/2014/01/fixed-match-crying-child-english.html), but this year integrity went entirely walkabout.

Fat Sam, up himself as usual, donned his Ned Kelly mask when, tongue firmly in bloated cheek, he spat: "I'll be very interested in seeing Swansea's team tomorrow and seeing how many first team players they play."

In the olden days, betting turnover on the early rounds of the FA Cup was minuscule as the South East Asian marketmakers weren't interested in pricing up second tier events to any level of volume.
This has changed with Cashopoli, England's version of Calciopoli - corruption gone troppo.

Why was Jonathan Moss given his second home Manchester United game in a week with his historical bias towards the Mancunians?

These characters are cooking their golden goose of corruption as they grab their illicit millions at the expense of the game.

The attendance at Old Trafford was so small that no mainstream media are reporting it and who cares about the Liverpool fans who travelled all the way down to Devon to watch a BBC Boiler Room Scam for the benefit of insiders?
Personally, I wouldn't piss on the likes of Moss, Murphy, Lineker and their orchestrators even if they were on fire but they should remember that football without fans (and mug bettors) is nothing.

Their systemic manipulations are several stubbies short of a six-pack of soccer sincerity...
... strewth!